Skip to main content
Liisa Kauppinen
I hope this [Award] will inspire and encourage women with disabilities around the world to act for their rights, for better living conditions in the grassroot, national and international levels. 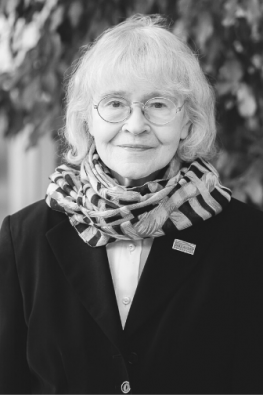 Dr. Liisa Kauppinen has a stellar, three decade-long record when it comes to promoting the human rights of deaf people throughout the world.

She was born hearing in Nuromo, Finland in 1939, but became deaf several years later. She is fluent in Finnish, Swedish, English and American Sign Language, and International Sign. She went on to become the first woman President of the World Federation of the Deaf in 1995, having previously served as its Vice-President and Secretary, and also served as Executive Director of the Finnish Association of the Deaf.

Dr Kauppinen's human rights work hasn’t focused exclusively on the rights of deaf people, but also on rights of women and women with disabilities. Her work advocating for gender equality and opportunities for women with disabilities is internationally renowned, and her passion for international projects led to a number of development co-operation projects with Deaf Communities in Africa, Central Asia, South East Asia, Latin America, the Balkans and North West Russia.

She was also instrumental in securing references to sign languages and the identity of deaf people within the Convention of the Rights of Persons with Disabilities, and is a long-time WFD consultant for the United Nations and its special agencies. She was awarded the U.N. Human Rights Prize in 2013.

The Dr Liisa Kauppinen Fund was established by the WFD in 2015 to honour her relentless dedication and to fund activities focusing on the Deaf Community, especially deaf girls’ and women’s empowerment, promoting their rights and access to education.

“Dr. Kauppinen so thoroughly deserves this recognition. She is a true disability rights hero! The tireless work she has done to secure human rights for people with disabilities – and especially deaf people – through the United Nations, will change the lives not only of this generation, but of generations to come.” (Yetnebersh Nigussie)