Skip to main content
Maysoon Zayid
I was shocked and pleased to have been chosen for this award by a handful of women whose work and character I admire and respect. There are so many groundbreaking and fearless disabled women doing important work globally. It is an honor to be highlighted in such a competitive field. 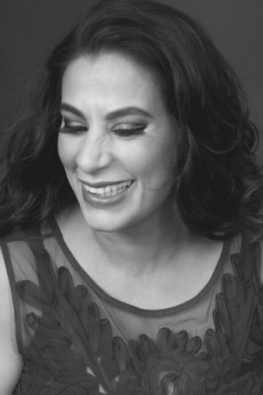 Born in the great state of New Jersey to Palestinian immigrant parents, Zayid is transforming views within the entertainment industry about the role of disabled women.
During her early acting years, Zayid was repeatedly turned down for roles, because of her disability.

On the advice of a trusted mentor, Tanya Berizen, Zayid turned to stand-up comedy and soon began appearing at New York top clubs as well as touring worldwide.

Zayid’s TED Talk “I have 99 problems… palsy is just one” was one of the most viewed TED Talks of 2014. It has over ten million views and counting.

She is one of the first Muslim women to become a top comedian in the USA and to perform in Palestine and Jordan, where she pioneered Arabic standup comedy.

Maysoon has appeared as a commentator won prominent news programs such as Countdown with Keith Olbermann and CNN’s New Day. She is currently developing a television series titled Sanctuary and is the author/narrator of the Hello Sunshine/Audible book, Find Another Dream.

Maysoon has dedicated her life to mainstreaming disabled students into the worldwide education system with a special focus on Palestinian refugees and students denied access throughout the United States of America.