Our Co-Head of Public Relations, Hannah Copeland, has recently returned from the Women Deliver Conference in Vancouver with our Her Abilities winner Musola Cathrine Kaseketi. Here are her main takeaways.

The Women Deliver 2019 Conference is the world’s largest gathering on gender equality and the health, rights, and wellbeing of girls and women. This year, it took place in the beautiful city of Vancouver, Canada, with speakers ranging from Canadian Prime Minister Justin Trudeau to Ethiopian President Sahle-Work Zewde (Africa's only female Head of State) and Tarana Burke, the Founder of the #metoo movement.

More than 6,000 world leaders, influencers, advocates, academics, activists, and journalists flocked to Vancouver with the goal to enact progress for girls and women everywhere.

Among those thousands of attendees was our Her Abilities Award winner in arts, sports and culture, Musola Cathrine Kaseketi. She was asked to speak on the main plenary stage in a high-profile panel discussion on “breaking barriers”. She used the opportunity to highlight the triple discrimination that women with physical and mental disabilities can face – especially in developing countries, and how she has broken down those barriers to become a successful filmmaker and Zambia’s first director.

Musola talked about the importance of empowering women with disabilities to speak out on their own behalf, and how vital it is for us all to play a part in giving them a voice so that they can educate people. She said she has learnt to use her own challenges as motivation to go and advocate for others in her position. She also made the point that integration and inclusion are different – we often only talk about the integration of others in what is perceived as ‘normal’ society, whereas everybody should be included from the get-go.

More highlights included discussion on the power of technology to break down barriers (Melinda Gates of the Bill & Melinda Gates Foundation, which seeks “to unlock the possibility inside every individual” chaired the panel), the hilarious Maysoon Zahid, an American comedian and disability activist, Malala’s father Ziauddin Yousafzai on how we should all be feminists, the visually impaired campaigner June Eric-Udorie, who maintains we “shouldn’t have to leave parts of our identity at the door to make others comfortable”, and Nigerian writer and activist OluTimehin Adegbeye, whose quote, “The best way to use power is to call it forth in other people” spoke to so many.

For me, it felt wonderful to be part of a really energised, empowered, cohesive community of women (and also men!) from all over the world, coming together to celebrate and encourage a world we all want, where everyone is equal.

You can read more about the conference and its inspirational speakers here: https://wd2019.org/ . 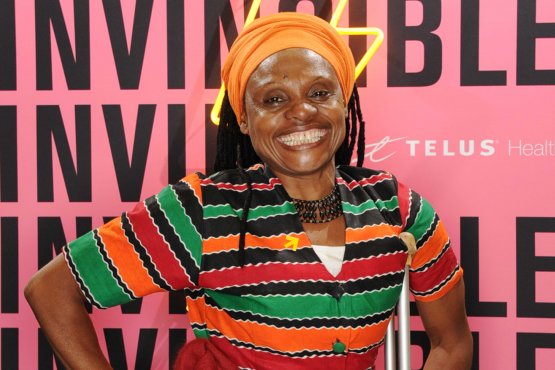